By Ehab Farouk and Saeed Azhar

CAIRO/DUBAI, Aug 11 (Reuters) – Lebanon’s Blom Bank said on Tuesday it was looking to sell its subsidiary Blom Bank Egypt, and that the Egyptian central bank had given approval to begin the due diligence process.

Blom has hired CI Capital to advise on a sale that could fetch $250 million to $300 million as the Lebanese lender tries to boost its capital, two sources familiar with the deal said.

Lebanese banks are trying to strengthen their finances as the country endures its worst financial crisis since the civil war. However, any sale would have to be approved by the Blom board of directors, Blom said, without providing details about potential bidders.

Emirates NBD declined to comment, while CI Capital did not respond to a Reuters request for comment.

Blom’s domestic rival Bank Audi tried to sell its Egyptian business, but the deal stalled in May after First Abu Dhabi Bank halted talks, citing the uncertain outlook relating to the COVID-19 pandemic.

In July, Blom said its net profits fell by 77% in 2019 as a financial and economic crisis hit Lebanon and external auditors had given an “adverse opinion” concerning its financial statements in the country for the year.

The Lebanese economy has been dealt another blow from last week’s explosion in Beirut that knocked out its main port.

Blom’s Egypt unit has 41 branches and a paid-up capital of 2 billion Egyptian pounds ($126 million), according to its website.

For Emirates NBD, any successful bid would expand its sizeable operation in Egypt, a market it entered in 2013 through the acquisition of BNP Paribas’ subsidiary there.

It currently has over 69 branches and units with wide geographic coverage in Egypt including major districts and cities such as Greater Cairo, Giza, Alexandria, North Coast, Delta, Upper Egypt, Sinai and the Red Sea, according to its website. ($1 = 15.9985 Egyptian pounds) 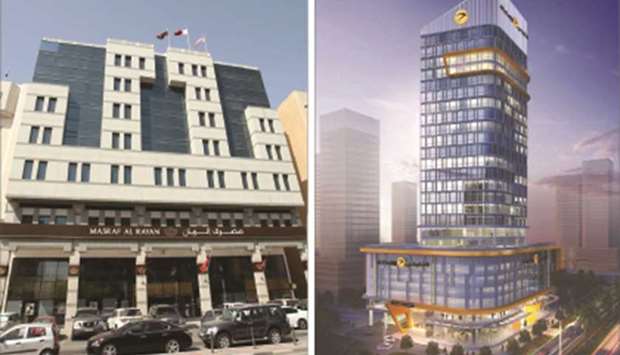