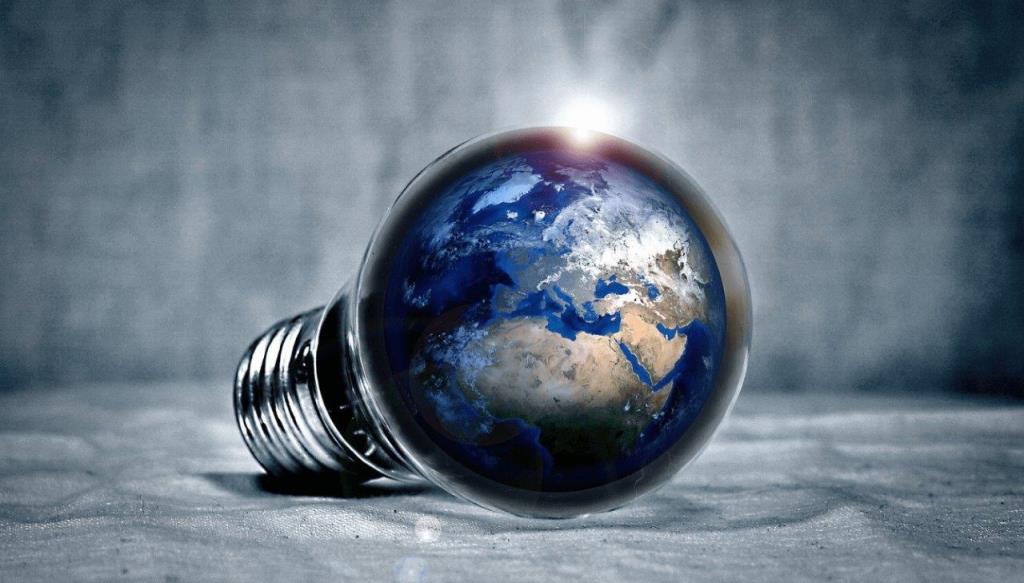 If governments get it right, a more subdued, but also more sustainable and longer-lasting kind of globalization will emerge. And in an open and growing world economy, peddlers of deglobalization theories will find it easier to change jobs and re-skill.

“The left and the right united shall never be defeated,” claimed the Chilean poet Nicanor Parra, and the current debate over deglobalization illustrates the point. So-called progressives never liked fast growth in world trade and now greet any reversal with cries of “I told you so!” Globalization-supporting conservatives, on the other hand, react to the smallest setback with Chicken Little-like cries that “the sky is falling!”

Both camps have an interest in exaggerating the extent of deglobalization. The result is a widely accepted narrative of decline: After repeated financial crises, a nativist reaction, the COVID-19 pandemic, and now Russia’s war on Ukraine, globalization’s days are numbered.

It’s an eye-catching claim. But is it true?

According to the World Bank, trade in goods and services as a share of global GDP fell from a peak of 61% in 2008, just before the global financial crisis, to 52% in 2020. But this figure is still very high by historical standards – the trade-to-GDP ratio averaged just 42% in the 1990s, when critics were already complaining about hyper-globalization. Once final data are available, they will show that trade recovered in 2021 and 2022 as the pandemic receded.

More interestingly, the all-out tariff war predicted by trade skeptics never erupted. Starting in 2018, then-US President Donald Trump increased tariffs on some Chinese goods, China retaliated, and the dispute spilled over into a handful of other markets. President Joe Biden initially found it expedient to keep some of Trump’s tariffs, but now plans to roll them back in an attempt to reduce US inflation.

A worldwide escalation in tariffs and quotas will not happen, for the simple reason that voters do not want it to happen. In rich and poor countries alike, a parent can buy a pair of Chinese-made children’s sneakers for $10 or less. A generation ago, the only option in most places was a locally-made pair costing several times that.

Protectionism is supposed to be popular with voters, but the reality is subtler. As any pollster will tell you, the statement “government should do what it can to protect local businesses and local jobs” typically elicits overwhelming support. The statement “government should protect local industry even if that means much higher prices for consumers” meets with widespread derision.

Three big changes are afoot in world trade, but none of them need imply widespread deglobalization.

The first change is the reconfiguring of global supply chains. As the media have reported in gory detail, first the US-China tensions, then the pandemic, and now the Russia-Ukraine conflict caught many global firms – in sectors ranging from cars to baby formula – without a Plan B to source the inputs they need. So, they are now switching from “just-in-time” to “just-in-case” supplies. “Resilience,” “near-shoring,” and “friend-shoring” are the buzzwords du jour.

The expansion of world trade over the past two decades resembled the Gold Rush or the dot-com bubble of the early 2000s. Firms that found the lowest-cost supplier internationally, with little regard for the risks involved, could make big money. Other companies followed suit because their competitors were doing it. Eventually, something had to give.

While the dot-com crash took away Pets.com, it gave us Facebook, Amazon, and Netflix. This time around, crises are causing firms to diversify suppliers and draw up plans B, C, and D. Costs will increase, but so will safety and reliability. Crucially, most supplies will still come from abroad. Apple recently decided to move some of its assembly operations from China to Vietnam, not to Arkansas or Alabama. As I wrote in a previous commentary, Guangdong’s loss could well be Guadalajara’s gain.

The second big change is a gradual but unmistakable shift from trade in goods to trade in services. Manufacturing’s share of total output is falling almost everywhere, and the drop has been particularly sharp in China. Unsurprisingly, trade in manufactures is declining as a share of global GDP. Services will likely make up the slack, but trade in services is hampered by all kinds of political, regulatory, and cultural barriers. There is no need for customers to speak the same language as the people who make their smartphones. But they are right to expect their doctor, architect, asset manager, or airline pilot to be able to communicate with them in a more-or-less comprehensible version of a shared language. And that takes time.

Yet, by forcing people to hold business meetings across a computer screen, the COVID-19 pandemic has given services trade an unexpected shot in the arm. Why not use similar technology to sell services around the world? Radiologists in Bangalore were already reviewing X-rays produced in Boston or Birmingham before the pandemic. Now architects in Buenos Aires design housing projects for Beijing, and programmers in Bangkok write code for firms in Brussels.

The economist Richard Baldwin has described globalization as a sequence of “great unbundlings.” The first occurred in the late nineteenth century when steam power cut the expense of moving goods internationally. The second came in the late twentieth century when information technology radically lowered the cost of moving ideas across borders. A third great unbundling beckons, predicts Baldwin, as digital technology makes it cheap and easy to move people across borders – without making them leave their bedroom or kitchen.

The final change is political. Until now, globalization has largely shaped governments’ policy options. Today’s policymakers rightly want to shape the paths that globalization follows. International flows of hot money can be destabilizing and need to be regulated (as even the International Monetary Fund now recognizes). Similarly, the direction of technological change is not preordained; as Harvard’s Dani Rodrik and Stefanie Stantcheva have argued, it can be shifted to create jobs rather than destroy them. A growing number of essential global public goods – from climate control to pandemic relief – also call for more activist policies.

If governments get it right, a more subdued, but also more sustainable and longer-lasting kind of globalization will emerge. Peddlers of deglobalization theories may then need to change jobs and re-skill. Fortunately for them, that is easier to do in an open and growing world economy. 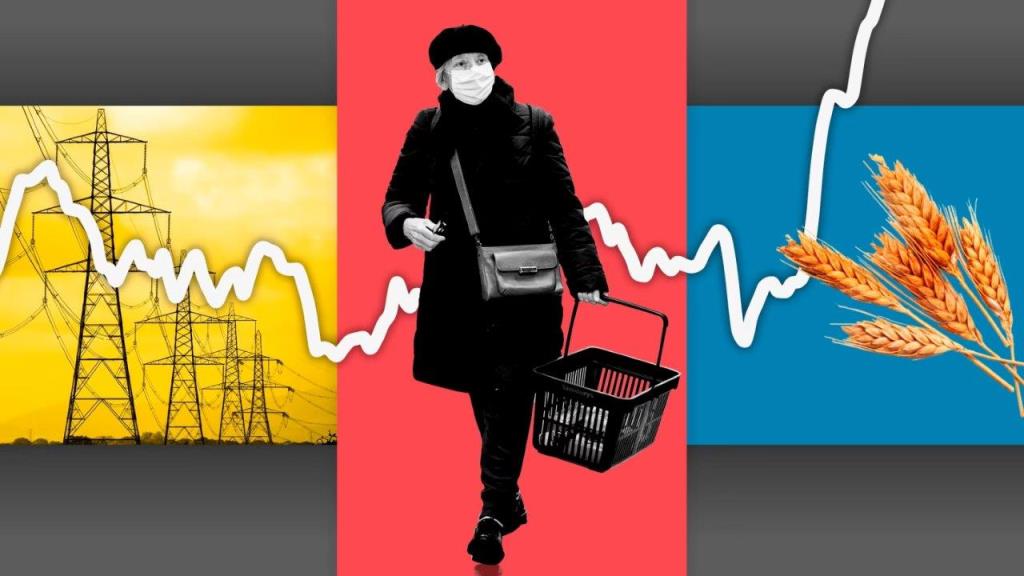 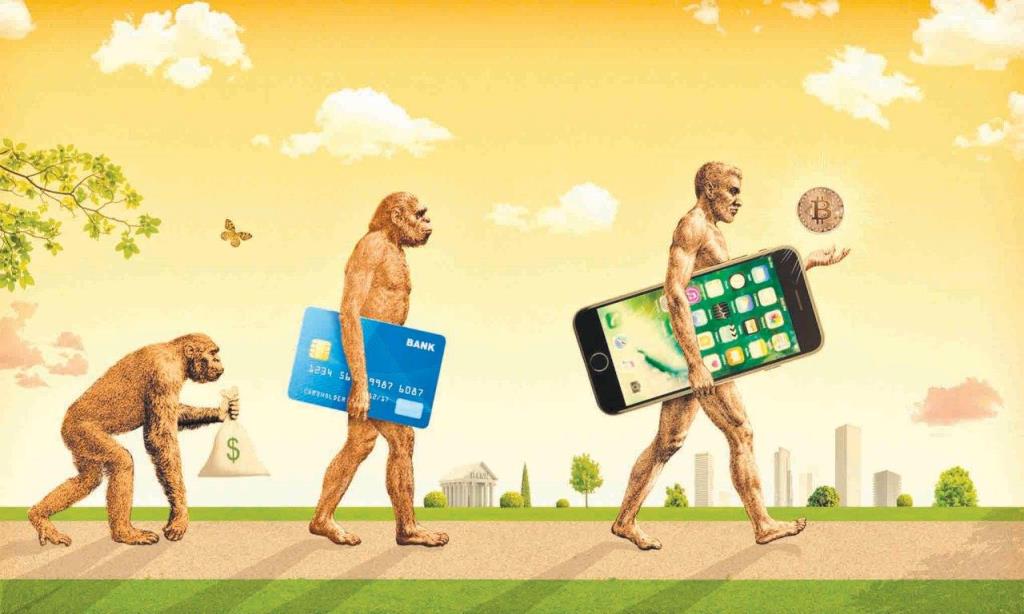 INFLATION AND CRYPTO, WHAT RELATIONSHIP?